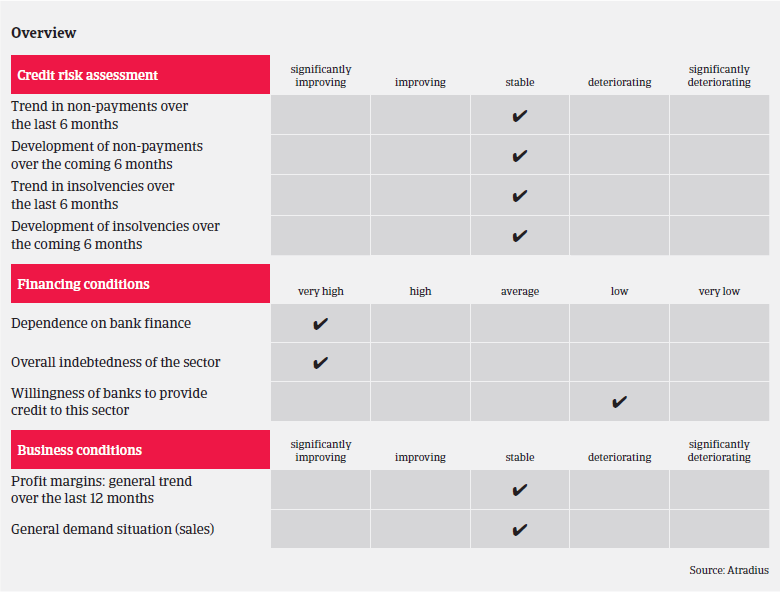 Loans granted to local municipalities have sharply deteriorated (EUR 651 million in 2016 compared to EUR 6.3 billion in 2000). Therefore it comes as no surprise that

late payments from public bodies have also contributed to market difficulties. According to ANCE, in H1 of 2017 about 70% of the construction companies recorded late payments from public entities (paying after 156 days on average, compared to 60 days required by EU laws). At least it can be said that average payment delays have shown an improving trend in recent years, down from 160 days in 2013 and 112 days in 2016 to 96 days in H1 of 2017.

While the profitability of many Italian construction businesses remains low, at least no deterioration is expected in 2018. Non-payment notifications remain at a high level in 2018, but no major increase is expected. The same accounts for construction insolvencies, which remain at an elevated level. 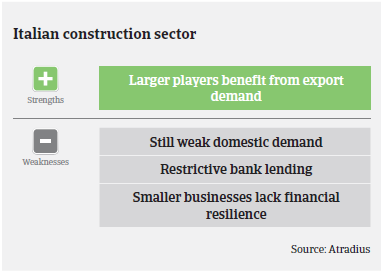 While larger, more export oriented construction players have proved to be more resilient so far, we have recently taken a more prudent underwriting approach on businesses with substantial business in countries with elevated economic and political risk (such as Algeria and Venezuela).

With Atradius Credit Insurance you can trade with confidence and explore new markets or products, knowing that your business is protected against credit risk such as the insolvency of your customers.

Both the rebound of steel and metals prices and increased domestic demand have helped to improve margins in 2017, which nevertheless remain tight.